Investors usually believe that buying long-term US treasury bonds during a period of official rate hikes by the Federal Reserve is an unsuitable alternative. However, this supposition may not be completely true. Financial education with BBVA in Switzerland. To discuss this further, we should consider the following variables, which can be summarised briefly as follows: Having included these variables, their implications can be analysed in chart 1:     Why? The Federal Reserve increases official interest rates as a form of monetary hardening that at the same time reduces potential future economic growth (the more rate hikes, the less future economic growth). Therefore, as the return offered by 10-year US treasury bonds is more closely linked to this growth, a point is reached where the market starts to factor in a significant downturn in the economic cycle and this is when the yields on 10-year treasury bonds start to stabilise and subsequently fall, producing an increase in asset prices.   Chart 1. Interest rates (IRR) offered by US 10-year treasury bonds (top) and official interest rates (bottom) 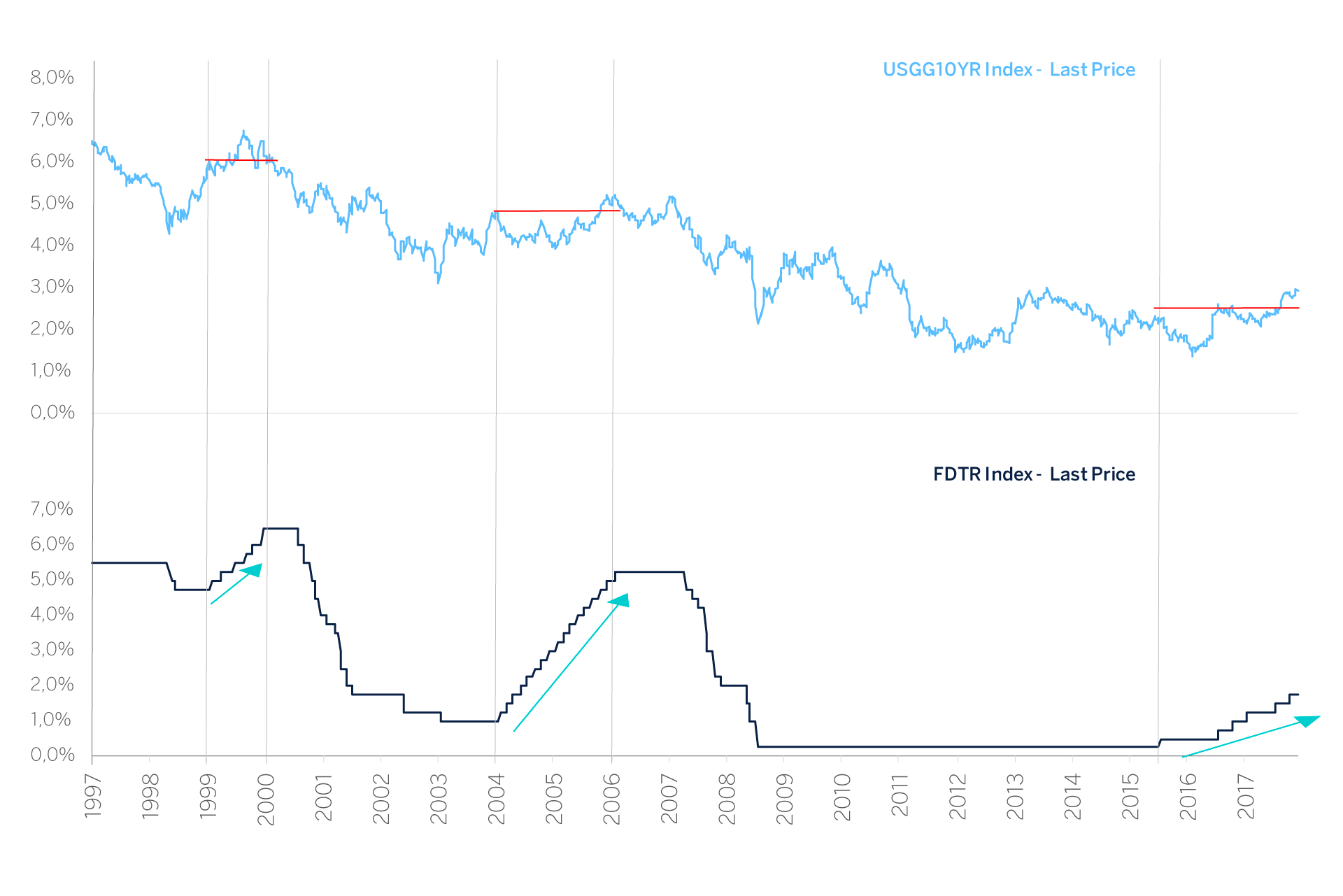 If you are interested in this product and are not yet a New Gen client, become a customer now