A world with clean energy 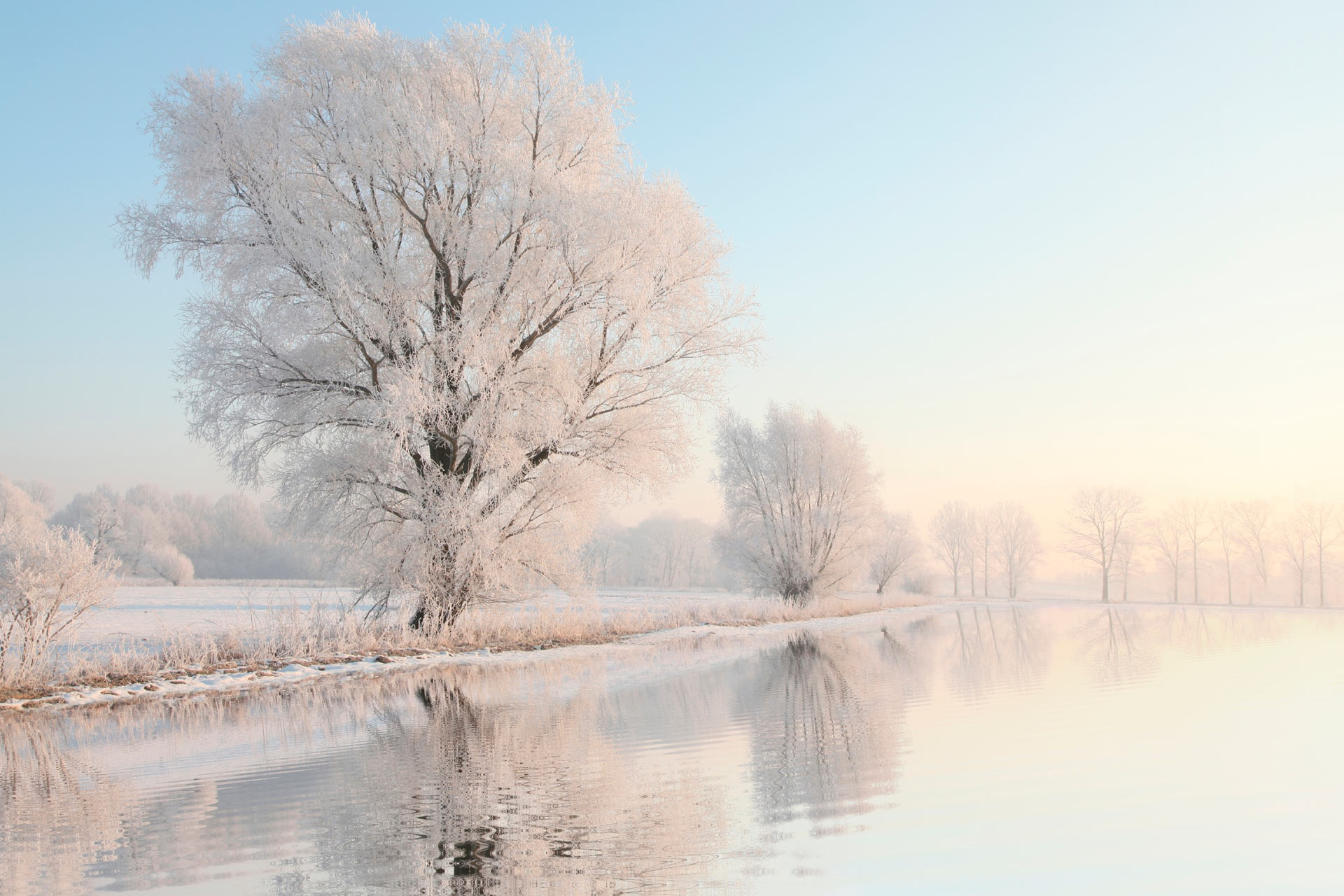 Different opinions exist regarding the causes of climate change: Some experts state that temperature increases are a normal part of the Earth’s cycle, whilst others interpret this phenomenon as man’s doing.

In context, 97% of climatologists agree that the trend in global warming recorded over the last century is fruit of human activity; likewise a report by the IPCC (Intergovernmental Panel on Climate Change) mentions that there is a 95%+ probability that man is the predominant cause of the build-up of green-house gases in the atmosphere.

Some studies mention that fossil fuels are the main source of contaminant emissions, coal being the main producer of CO2, followed by oil that accounts for 34% of global emissions, two thirds of which come from motor vehicles.

The Global Carbon Project, in particular, recently published on 2017, 13th  November that global CO2 emissions will rise this year and it does not anticipate them stabilising as they have been doing over the last three years. According to the aforementioned study, CO2 emissions will be up 2% by the end of the year (equivalent to 41,000 million tonnes), 90% of which is due to the use of fossil fuels.

A number of initiatives have been launched to control and avoid global warming; one of the most outstanding was the “Paris Agreement” that took effect at the end of 2016 which sets forth measures to lower greenhouse gas emissions.

A world with clean energy?

Undoubtedly co-ordinated efforts worldwide are aimed at avoiding global warming, but such initiatives are not easy to apply, bearing in mind that the USA withdrew from this agreement in June 2017, although the majority of countries reiterated their commitment.

It is clear that initiatives aimed at replacing fossil fuels by clean energy are a trend that has slowly been prevailing worldwide, its effects being gradual but constant.

Changes will probably be more obvious in the developed economies that will intensify their solar, wind and hydro-electric energy production.

There are interesting figures on how the world is changing, because renewable energy accounted for 50% of new energy generation in 2014, and analysts are expecting solar and wind energy to corner 70-80% of the new capacity until 2035, whilst by 2030, this kind of energy could account for almost one third of global production (when it was virtually insignificant in 2003).

The way in which the world should change is irreversible and, in context, if 75% of oil pollutants come from transport, wouldn’t it be reasonable to think that at some time transport will become clean with electric cars? What can we say about the technology necessary to sustain this model? Does the solution lie in the concept of batteries (lithium) or in energy saving and efficiency technologies? The implications are undoubtedly enormous and they will change the way we conceive the world.

As regards financial assets, it is interesting to observe how the Solar Energy Index has performed against the US Energy Index (largely made up by fossil fuel energy companies). 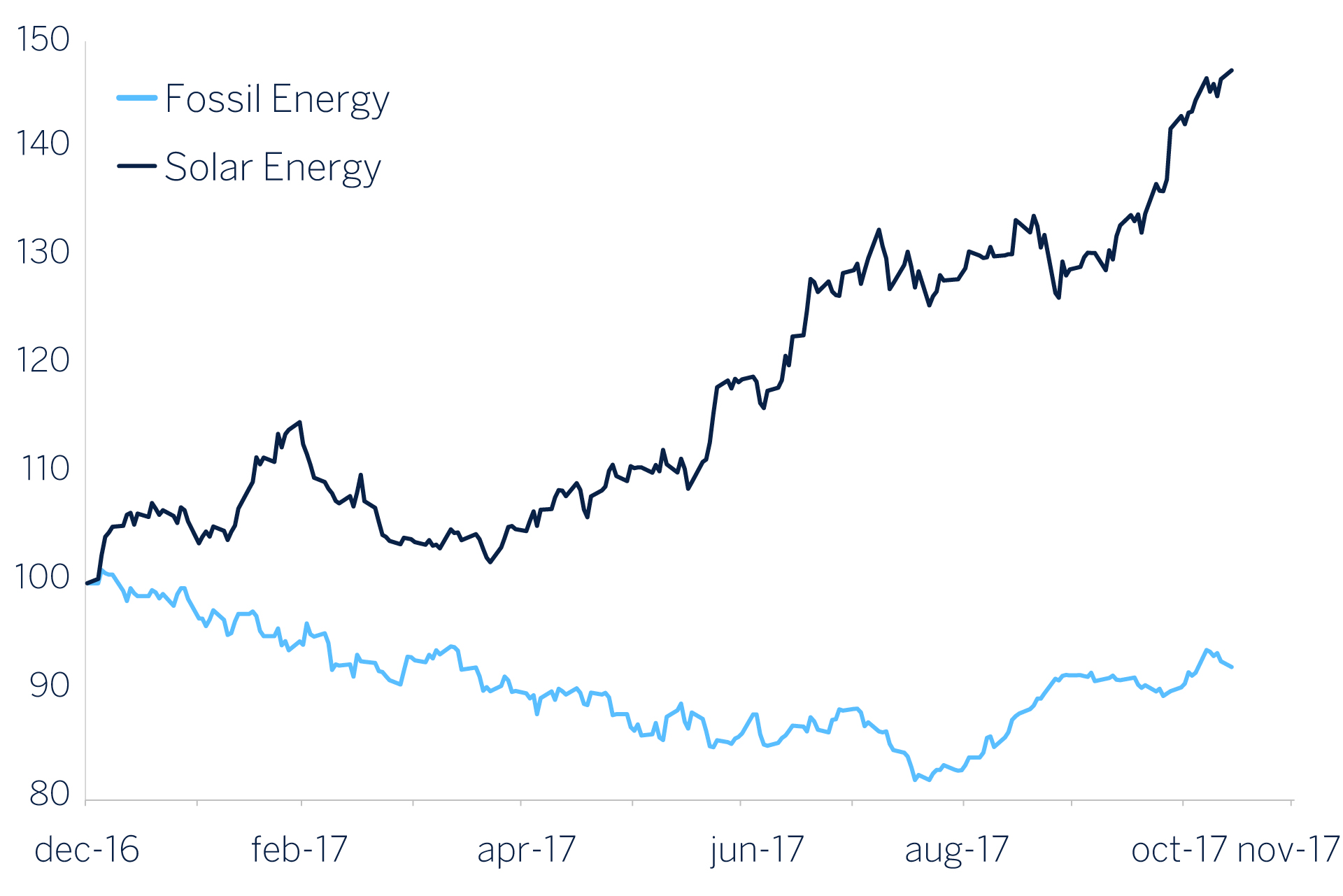 The world is changing; we believe the need for clean energy is structural and the changes we shall see in the next few years will aim to improve the quality of the only planet we have to live on.